Travelling to Kanyakumari offers the best experience for any kind of explorer. Known for its colourful sea-shores and spectacular sceneries, Kanyakumari is bounded by Arabian Sea and Indian Ocean in the west and south. The pretty destination provides many exciting and adventurous opportunities for both domestic and international travelers across the world. Are you bored up with your daily work pressure? Planning to explore anything different? For all answers, Kanyakumari is the perfect place to chill out. Let us discuss about local sightseeing trip from Kanyakumari to Udayagiri Fort. 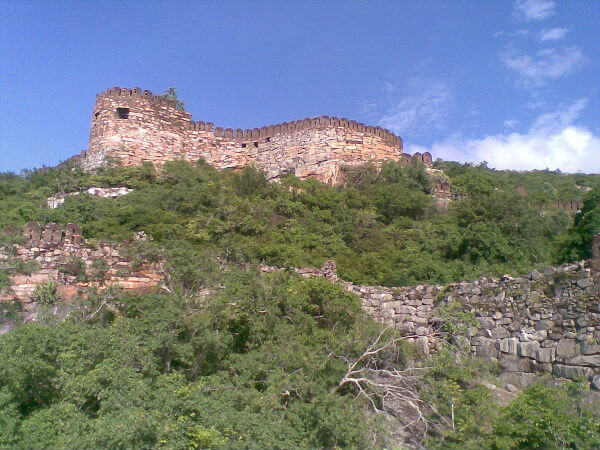 Udayagiri Fort- A Place to Visit in Kanyakumari

One of the historical tourist attractions that have engrossed huge number of tourists is Udayagiri Fort. Situated at a distance of 14 km from Nagercoil town in Kanyakumari, this fort was originally constructed in 1600 A.D. It is actually 400 years old building. King Raja Raja Chola destroyed the building for some purpose and it was rebuilt again in 1729 A.D. Moreover, the people need to know that the entire fort was build using massive granite blocks around an isolated hillock.

There is an interesting place to visit inside this historic fort. Do you have any idea? There is a tomb constructed in the fort. In this tomb, King Varma defeated and imprisoned a European prisoner named Eustaschius De Lannoy. A Flemish captain was captured by the king and he stayed in the same prison for 37 long years. The body of De Lannoy was buried within the fort. Sounds disgusting! But, this is the truth behind the tomb.

When you make a trip from Kanyakumari to Udayagiri Fort, you can also explore the other tourist attractions of Kanyakumari like Gandhi Mandapam, Vattakottai, Kanyakumari Beaches and Nagaraja Temple. Few officials of Department of Archaeology have recently found an underground tunnel within the fort. After a deep discussion, the authorities have turned the fort into a bio-diversity park. In this park, the tourists are allowed to watch deer, ducks, birds and 100 varieties of trees inside the fort.

There are many options available to reach this great Udayagiri Fort. Several buses run from the major cities to Kanyakumari. You can catch any of those and land up in this historic spot. Apart from buses, there are also trains which connect the prime cities to this district. If you would love to travel in car, then just get ready for a thrilling trip! Definitely, it is going to be great fun than ever before.

Therefore, the excursions from Kanyakumari to Udayagiri Fort will be very useful for your kids as it is fully loaded with many historic facts.